Re-sizing radiators in the system

In this case of energy-efficient renovation, the thermal insulation and the air tightness of the building envelope, including windows and exterior doors, are improved to almost meet the requirements of new construction. 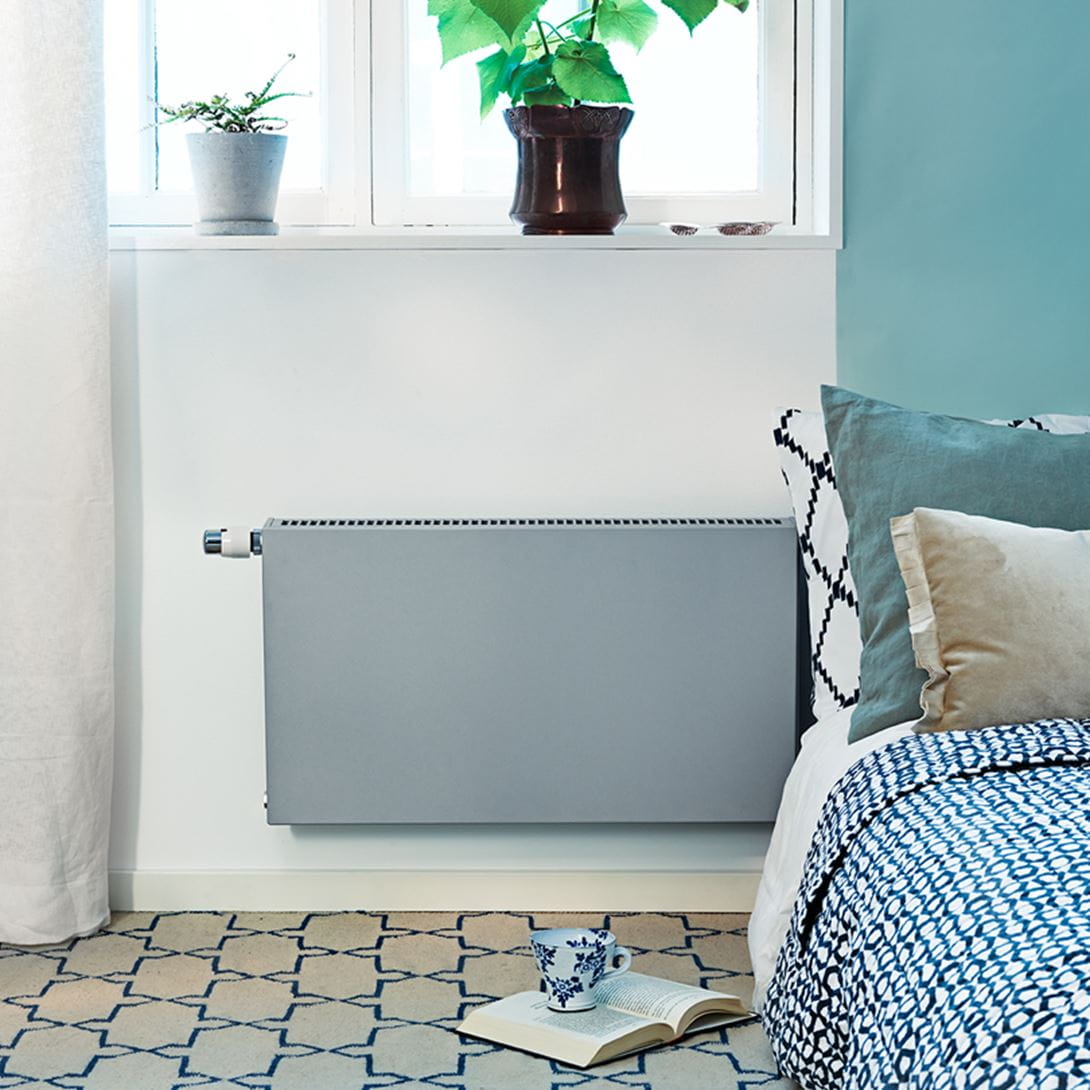 Building services systems, such as heating, water and ventilation systems, as well as electrical and telecommunications systems, will also be modernized to be more functionally efficient and energy efficient. It has been shown that even with old buildings the annual energy consumption can be reduced to less than 75 kWh/( m2a).

When old buildings are renovated, the heat needs of the rooms become significantly smaller. It is typical that the ratio of heat needs between different rooms also changes, for example, when additional thermal insulation cannot always be applied uniformly to all rooms. Improved ventilation also often changes the heat demand ratio between rooms. For these reasons, a proper new heat demand calculation must be made for the building to be renovated.

As an example, we look at the situation in a typical low-rise building of the 50s and 60s, where the energy consumption of a building is typically more than 250 kWh/( m2a).
The comparison is made up of rooms of similar dimensions on the three floors of the building. 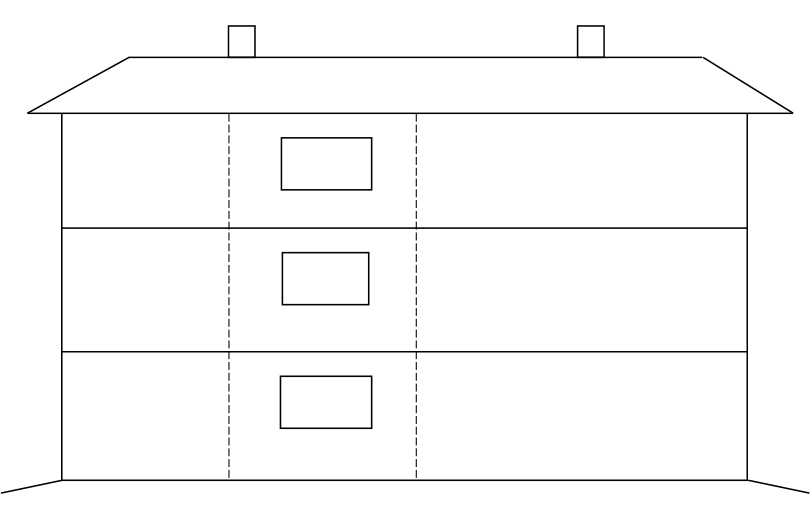 The calculation of heat demand is based on the instructions in the Energy Efficiency 2018 section of the Finnish Building Code. The starting values for the old building are taken from the appendix to the Ministry of the Environment's Energy Certificate Guide 2018 - typical original design values for existing old buildings.

- If the old radiators were kept, the 1st floor (ground floor) room would require 50% higher relative output (33%/22% = 1.50) than the rooms on the other floors. The flow temperature control, the heating curve, is set according to the highest temperature demand, i.e. according to the requirements of the 1st floor room. In this case, other rooms receive over-heated water, which leads to the continuous open-close operation of the thermostats, the fluctuation of the room temperatures and the imbalance of the heating network.

- In terms of energy efficiency, and especially when using a heat pump for heat production, it is recommended to replace the undersized 1st floor radiator with ones that are 50% bigger and thus more efficient, so that the flow temperature can be controlled at a lower heating curve level and uniformly for all radiators.

The heating network should be re-dimensioned, and the system valves modernized when the building is renovated with the goal of a nearly-zero-energy building level. There are several factors that have changed: heat demand, distribution of heat, temperature levels and water flows, and possibly a new way of heat production. Typically, the risers and transfer pipes are maintained, the static line control valves are replaced with automatic differential pressure regulators according to the new dimensioning, and the radiators are equipped with new pre-set thermostatic valves. 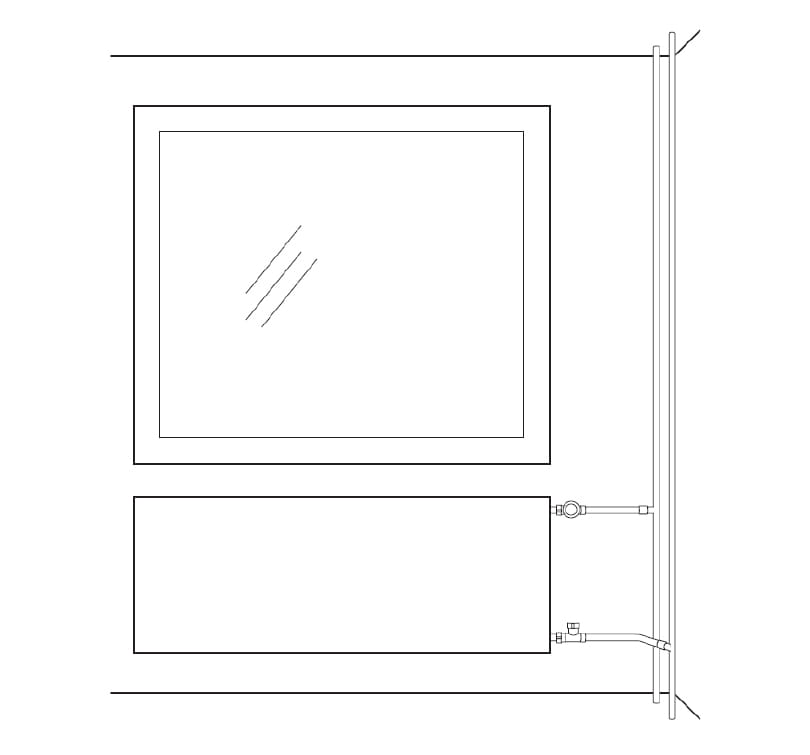 Figure 2. A properly dimensioned radiator has a large heat radiating surface. Radiator replacement is simplified when the connection pipes from the risers to the radiator valves are renewed.

In many cases, old radiators are replaced throughout with new ones. In this way, the design temperatures can be selected optimally for both the heating system and the heat production. When all heat emitters in the building are replaced at the same time, the future replacement needs of individual radiators will be reduced. This is a macroeconomic solution. The new radiators also enhance the aesthetic look of the rooms.

Some tabular data related to the comparison of radiator output. 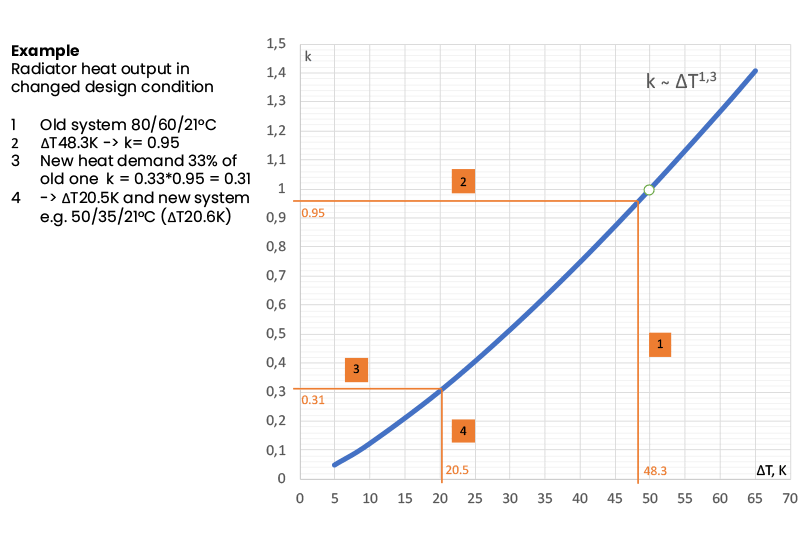 Figure 4. Output ratios of panel radiators according to radiator type. The type designation describes the number of panels and convection plates. For example, type 21 means that the radiator has two water circulating panels and in addition one convection plate. For example, the output of type 22 is 2.64 / 1.59 = 1.67 times higher than the output of type 11 at the same width / height dimensions.